Traveling on the train the other day the driver seemed to announce - "in the interests of passenger safety passengers are adivsed to check the rabbits posted about the train."

Of course, he was talking about notices but transport speak is only one step away from a private language I think. 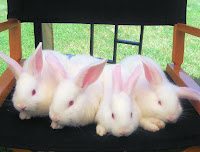 Since then I have been haunted by memories of travel and the possibility of a new form of terrorism - terror by bunny. Instead of using complicated explosives and firearms, such terrorism would consist of individuals - possibly dressed in bunny suits, possibly not - leaving bunnies, lots of bunnies, in strategically important locations.

As well as the intended psychological disruption of the dominant paradigm, releasing bunnies in urban areas would possibly cause what the military refers to as "collateral damage".

Even though there was no intent to harm either humans or bunnies, wishing only to draw attention to a just cause or simply to liven humans up, as a result of the unexpected manifestation of bunnies in mass numbers members of both species may be hurt by traffic accidents and bunnies traumatised.

Such operations would probably attract the wrath of animal rights groups and activists, even if, the issues you were trying to highlight were animal rights or the wanton massacre of fairly random humans on a global scale.

So, taking these considerations on board, I decided to explore the possibilty of deploying another, less fluffy and cute species that is also easy to mass produce - frogs, for example.

Humans might be less inclined to swerve their vehicles for frogs and less perturbed by the sight of dead frogs about the roads but what of the trauma and value of the frogs themselves - who am I to place the value of one species above another?

So, my thoughts turned inexorably to the The Turkey Curse - contrary to its name this curse does not directly involve turkeys or have any direct relation to Turkish politics.

The trouble is that the Turkey Curse could easily be misinterpreted on the part of the cursed as the fairly random manifestation of various forms of everyday madness which are commonplace in any urban environment.

Sat at a bus stop the other day I watched the 6am joggers on their way to work, at least semi-consciously cursing the obese and lazy, and I simply thought them mad. They didn't seem to pay any heed to the homeless man with his trolley of belongings as he trundled along the road. In effect he was cursing the settled and gainfully employed.

The fact is that urban environments are mostly fairly alienated to the point that people will ignore most behaviours that don't warrant their immediate intervention, and sometimes ignore also those that do, or video them on their phones more likely to upload to facebook or youtube.

Cockroaches I do not care about at all - if there is any form of karma cockroaches are simply evil beings reincarnated and if there isn't why worry about killing them in mass numbers at all?

How about deploying cockroaches in mass numbers for the sheer mirth of causing disruption? To protest at crass consumerism? To pass comment on a building you don't like? This practice presents few ethical dilemmas for me as a person.

St Pancras International is a huge disappointment to me. Six determined individuals with containers full of cockroaches strapped to them could do some serious damage here.

After suffering years of travel disruption during its construction St Pancras has emerged from its cocoon as little more than a horrid piece of corporate art. What is good about it was there before - it was a bit grimy but it looked like a station that had seen years of coal and diesel, it was honest. You didn't feel like a criminal if you wanted to slouch exhausted among the dust of ages.

The people who use the upper level are probably mostly too preoccupied and rushed to really admire it in any real detail. Doubtless it's in an arena where many people have departed bitterly disappointed, hugely expectant and gratefully cheered by various entrepreneurial and emotional interactions but the kiosks and false French bistros convey none of this. 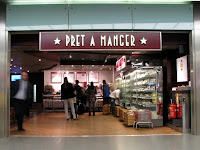 The lower level is even worse, an artificially illuminated dungeon of uncomfortable looking benches. Corporations now vie for supremacy with their brands prefixed and suffixed with words like "Metro, Express and Simply", which basically all translate to the same word "overpriced".

In the old days, before the gentrification of Kings Cross you could find a traditional English cafe - I had completely given up on that idea.

This station is like a state of Limbo for the living - the fact of being here represents a mid-point between existential states. a mass unconscious Turkey Curse of individual enterprise or humanity.

There is an old Chinese proverb (probably) that says, "A man who uses cockroaches as munitions wrecks his own home." Not being that fanatical I have abandoned this idea but it has been thought and uttered. 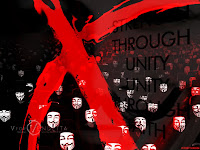 The train of my thoughts now returns to The Turkey Curse. A lonesome Turkey Curse is easily ignored but the mass Curse is not so easy. This has been played out in popular culture in the V for Vendetta film.

This, however, is a bit of a cliche - what is in plentiful supply is junk, shopping trolleys and shabby clothes - one day I would like to see the mass movement of "trolley tramps". You know what they say, "One man's garbage is another man's treasure." One imagined aspect of this mass curse might be that opportunistic enterprising bona fide tramps might attach themselves to such a movement for a root around.

It doesn't particularly matter if it never happens because it has done so in my mind and hopefully the mind of anyone who has found this piece of intellectual garbage lying about and investigated it this far. 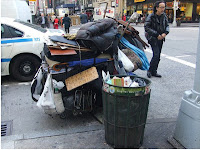 I am aware that there are already mass sleep outs in London to highlight and protest about the issue of homelessness but this imaginary idea would go beyond that single issue politics.
Posted by Coconut Clapping Party at 18:28 0 comments