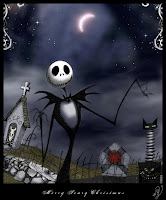 This dream was so vivid and surreal that I had to share.

Gaddaffi managed to transplant his brain into a Dalek and had a magic talking television that could talk to TV channels, so he contacted the Daleks and tried to join up with the Dalek Empire, promising them all his assets and expertise.

The Daleks agreed but once Gaddaffi had logged off they began deriding him as non-Dalek and generally second rate in typical Dalek fashion. R2D2 was in league with Daleks and communicating with them in untranslatable beeps. There then began a Dalek conference call across several TV channels - characters from The Nightmare Before Christmas logged om it emerged they wanted to eat liver in Gaddaffi's brain. Bekr and Boni from The Trap Door were up next, alongside a bunch of the claymation squiggly worms, Boni agreed, "Let's Eat liver in Gaddaffi's brain."

With Berk adding, "I'd love to own a dragon."

I've been watching the news, cartoons and Doctor Who "Let's Kill Hitler!" lately.
Posted by Coconut Clapping Party at 14:45 0 comments

I have never read the Koran and never intend to but as I understand it Jihad is the struggle of the combined force of society for the greater good.

Isn't that what every human wants deep down in their soul?

You can call it Jihad, Socialism or The Big society but what all of us want is a peaceful life free of terror and that should be our collective end-goal, as Jihadists, Socialists or Bigsocieityists - humans!

Those Tories got to think of a better name because it doesn't exactly ring of the tongue and Conservatism of this stupid world is the last thing we need because it's brokenly busted.
Posted by Coconut Clapping Party at 03:03 0 comments

Years ago, when I was 17, about 26 years ago I suddenly found myself in a moment of weed infused bliss formatting this theory about how the youth of our country should be made into one.

I was educated at public school, where I was unhappy to say the least, and had just met my first working class friends and black friends too. As the weed soaked through my previously troubled brain and found something approximating peace I made this theory.

My theory was that there should be a post-school sort of holiday camp where people of all classes and ethic origins would run assault courses, integrate and generally have fun - and out of the FUN (not concentration) camps a new better integrated society would be born.

My best friend said, "Sounds like borstal, I'd hate it."

What I was saying to him really was that it was a nice happenstance that we had met and through him I'd met different people.

Looking on the recent disturbances and knee jerk reactions to them I've recalled this theory.

Why not give them this post-school option? Each young person would have a mentor who takes a genuine interest in their affairs.

It would be case of bringing them all together, all classes and ethnic groups and building a "big society" based around the idea of fellowship and maybe planting the occasional tree.

There would be classes that develop life skills, emotional intelligence, parenting and citizenship.

This idea would create deep bonds within our society if it were done correctly.

It would cost a lot of money to implement but that money would be saved (diverted) from the probation service, police, care homes, dole office, arts council and so forth.

It would also create a lot of revenue from the various people it employed, ex-service persons, graduates and so forth.

The idea is that everyone would have a year of "kidulthood" with a mentor who really took an interest in them 1:1.

This is in no way fascistic idea, it would be very fluffy.

These kids make me feel truly humble, they are better big brothers than I ever was.

If you were a parent and dobbed your kids in expecting them to get a slap on the wrist imagine how you'd feel if they got six months. You'd be counting every day with anxiety and guilt.

Don't worry MegaCity Justice is coming for you Tory scum - who loot second homes and tetracrorp false charity, your day will come.

I wish I had been as good a big brother as those kids.

Big brother is watching you.

Bastards is the only word that springs to mind right now - you are pure evil chiseling bastards and you're top of my enemies list. You should consider repenting. Drop me out of your Tory bollocks, thanks.